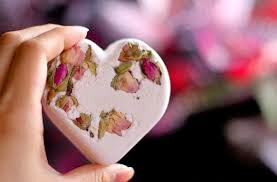 You’re approaching the chamber of ‘bare it all’. So take off your ‘judgemental glasses’ and ‘sanctimonious thinking faculty’. But please leave on your ‘able wrists/hands’ and ‘willing-mind-to-contribute’.

Any time I flash back to the memories of my primary/elementary school days, there are so many memories that I know will never take a step out of my hippocampus [part of the brain responsible for memory retention]. Amongst other memories, is the one I totally loved [I will tell you why I loved it].

When I was in Primary five, and my brother was in Primary three, we were ‘fortunate’ to have the experience of being dropped off at school by our mum in the morning and in the afternoon, we went home on our own [not sure if parents still allow their children return on their own ‘now’]. Here is what I [We, my brother as well] loved about returning in the afternoons. Even though, we were given transport fare for two, we always found a way to reap from where we didn’t sow. LOL. At times, before we boarded the bus, we would realise there was only one seat available, so I would ask my brother to sit on my lap for the time being till we get to the bus stop, where we would get another bus or get home depending on if it was our first journey or second.

So, such situations resulted in us having extra cash that would not have been in our possession if we had both sat down in the bus. [you see why I loved that-extra cash for sweets and all the ‘forbidden’ that we wouldn’t have purchased if everything went as was expected]

But here is one interesting thing. There were times [a lot] when we [me and my brother] sat down respectively [he was not sitting on my lap], and the bus conductor would not take transport fare from us. Like I had stretched my hand one day purposely to be sure I was not invisible and the conductor said ‘ah don’t worry school girl’. This happened so many times.

Growing up, I just felt it was an act of ‘pity’, ‘compassion’, ‘benevolence’,  divine ‘FAVOUR’. [God knew my brother and I needed sweets and Ice cream]

Here is the crux of this post- Fast forward to few years later, I was in UK. There were times when I got on the bus and the driver on his own volition, would give me a young person’s bus ticket [under 19] without me uttering a word. I guess the braids/my natural hair should be what I stick to. Because, times when this has happened, I was either on braids or my natural hair [see what weave-ons made me miss]. I would accept the fare [young person’s] and quietly enjoy my journey [not quietly though, my conscience pricked me]. Also, most times when this has happened, I was ‘holding my cash so tight’ [very rich student]. Oh! let’s not forget. I called it ‘FAVOUR’. It has to be. Of course, God knows the state of my bank account.

However, there was this one time where I corrected the driver and told him that I was not in the ‘young person’ category and paid the full fare.

Here is my question- the times where I accepted the ‘young person’ fare, will you call that divine ‘FAVOUR’? Have you ever been in a situation like this? How did you handle it?

I’ve just narrated just one example, but there are different examples, like going to a supermarket where you’re supposed to pay for the carrier bags and you’re given for free or some item you bought was given to you freely [not by the owner of the shop; just the sales assistant]. Do you call that divine ‘FAVOUR’?

I know it is very easy for us to bend the word of God for times when it best suits us or interpret things ‘divinely’. So what’s your take? Bare it all and share!

Please feel free to add bible stories and verses, if you so desire.

Oh! and may God bless those bus conductors, they sure gave me a memorable experience during my childhood.

18 thoughts on “LET’S BARE IT ALL: Favour or not favour?”