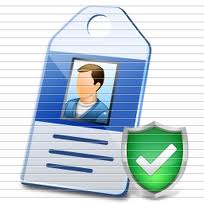 INSPIRATION POINT: Taking a walk home, my effort in order not to ‘become room and parlour’ [Fat/overweight].

When did things get this difficult, like I’m here thinking; ‘Which title should I use? Ever done the Identity Check? OR  When last did you do the identity check?… Looool. It’s not that deep right? Yeah!

At every point in our lives, there are times when we are told to identify ourselves. It could be when we call up our network providers to make some changes to the present service package we have, or when travelling out of our resident country. A form of identification is always requested for. There are different purposes for identification, from accountability purpose to orderliness purpose. But like Saul turned Paul, something like scales have fallen off my eyes after reading this:

Then Saul outfitted David as a soldier in armor. He put his bronze helmet on his head and belted his sword on him over the armor. David tried to walk but he could hardly budge. David told Saul, “I can’t even move with all this stuff on me. I’m not used to this”. And he took it all off. Then David took his shepherd’s staff, selected five smooth stones from the brook, and put them in the pocket of his shepherd’s pack, and with his sling in his hand approached Goliath.                   1 Samuel 17:38-40 MSG

I will like to define ‘Identity’ from a layman’s perspective. Identity is anything that makes you YOU. Your speech, voice, handwriting, dress sense, position when praying, way of thinking and the list is inexhaustive. But you see, it is very possible to lose those things that make you YOU. It will take a matter of thought reprogramming and proper examination of another identity. I will explain with this personal experience. When I was younger, the best compliment that could be paid to me was; “Oh, you just spoke/behaved like Genevieve Nnaji” [Genevieve Nnaji- a beautiful Nigerian Actress]. Just those words would take me to cloud 9 and it will take a loooooonnnng time before that feeling would wear off. Why did a statement like that have such effect on me? I grew up watching Nigerian movies and most of all, GN captivated my heart. Seeing her act with so much passion and ease, I had said to myself; ‘I am definitely going to be an actress like Genevieve Nnaji’. I still have big love for Genevieve Nnaji, but I won’t be saying I want to be like her. I can say, ‘Yes! I want to act with so much passion and ease like her but not be her’

Why is it important that a person’s identity is whole?

I believe that a person’s identity is an essential foundation in the journey of fulfilling your God-given destiny/calling. Let’s talk about David. So David, the shepherd boy heard that there was an uncircumsised Philistine that was making the armies of the Living God fret. And when he had decided to fight Goliath, Saul gave him the ‘necessary’ tools needed to face a man like Goliath, but he refused them. Why? He knew his identity. And his identity didn’t entail the bronze helmet, the sword or the armor. That was Saul’s identity for that time. [For that time because if you read further in 1 Samuel, David used swords and the rest for battles]. David’s identity ‘was’ his hands, stones and sling.

Apart from the presence of God with David, one of the reasons why the ‘David and Goliath’s’ story is still an amazing one till date, is the fact that David killed Goliath with just a stone. If David was not aware of what makes him HIM, I am pretty sure, the story would have been different. Do you think David never watched Saul defeat enemies in the battle apparel? I am certain he did, but when it was time for him to face Goliath, he did not go the conventional way.

The truth is everyone has a distinctive identity, which stems from God, but some of us are impersonating another. This impersonation is taking place either because we feel; Person A’s identity is the success identity OR Person B’s identity attracts certain perks…… The truth is, it’s a sad thing to think that after all is done, the life that has been lived on earth is the life of another.

I sincerely think that the reason why a person may not know his or her purpose on earth is because, the person has not come to the full revelation of his/her identity. Because till his/her identity is known, the person will just be performing the same exercise as the Israelites in wilderness- going around the same mountain. Busy activities but not progressive. 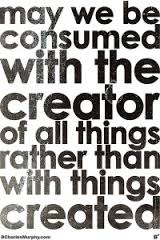 If having a role model/mentor leads to a point where a person’s desire is to be like the role model or mentor, then that’s a step in the path of losing his/her identity. A mentor/role model’s place is to empower and impact into the mentee, his/her ethics and principles, not their identity. I just find it so wrong if a role model or mentor requires that a ‘follower’ carries out replica traits and actions of themselves [the mentor].

Because of how important an identity is to a person, it is essential that an Identity Check is done either daily, weekly, monthly. Personally, I’ve my routine of ‘Identity Check’. It is not a template you have to fill in for yourself, but I will just share how I carry out the check:

This is how I carry out my Identity Check, you don’t have to do yours this way. But it is necessary that an Identity Check is being done. It is very essential. When I think of how important an identity check is, this scripture comes to mind:

Knowing the correct password saying ‘Master, Master’, for instance isn’t going to get you anywhere with me. What is required is serious obedience- doing what my Father wills. I can see it now- at the Final Judgement thousands strutting up to me and saying, ‘Master, we preached the Message, we bashed the demons, our God-sponsored projects had everyone talking.’ And do you know what I am going to say? ‘You missed the boat. All you did was use me to make yourselves important. You don’t impress me one bit. You’re out of here.’  Matthew 7:21-23

It is my prayer that these words won’t be said to us, but the needful has to be done. Until our identity in Christ is known, we can’t pleasantly serve Him.

Do you do Identity Checks? How do you do yours? Or do you have a different name for the check?

One thought on “Ever done the Identity Check?”