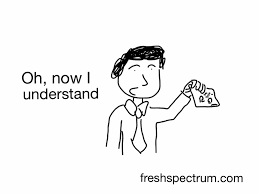 Yes, you are right!

We are starting a new segment on the blog today. I am certain this will be one segment that will help us appreciate how far we have come in our relationship with Christ, more like, an evaluation of our journey with the Holy Spirit, as He gives us understanding of the Word of God.

Also, this segment is open to all- Precious Thoughts’ readers can send in their ‘When I got this wrong’ stories to preciousthoughts2013@gmail.com. The aim of this segment is to help give accurate Godly understanding to certain biblical values and truth that we practice. It is not just okay to say ‘Don’t steal’; can we explain to a non-believer why we understand that stealing is a sin? Can we carry out the will of God knowing His mind or do we just do it nevertheless because it is in the bible?

This segment is aimed at propelling us to take the next step- understand the mind of God. If we cannot understand God, we cannot accurately represent Him and draw men to Him. I pray for continuous flow of insight from Christ, upon everyone that will be a part of this- both the readers and contributors. Amen.

Starting off today’s premiere of the new segment is when I got the meaning of blasphemy of the Holy Spirit wrong and the devil had a field day, as usual. I hope you laugh [maybe] and learn as you read this.

Some years ago, I had a male friend, we liked each other; but I did not say anything to him since he had not directly said anything too. And I was not that bold girl who could pull ‘Ruth’, by asking the ‘so where is this going?’ question. [I was still too timid and naive to pull that off. If you ask me, I was even still too young to be thinking of a relationship, but don’t we all know better when we are younger. *sighs*] These silent whispers went on for months, until the expected happened.

And he was telling me all about it. His plans to woo her and the likes. Naïve me, I felt he was pulling my legs and was formulating stories to make me feel jealous, in order to get me talking; but I was not bulging. Well! He was not joking. He was really serious, but I had held on to the idea that he was joking for too long, and when I realized he was really serious; it was too late for a girl’s heart. I was emotionally involved.

Every day after I realized that he was indeed interested in another lady, was hell. You know how it is- when you are young and in lovelustlove. So one afternoon, while I was preparing lunch, I felt that the Lord said something to me, to tell my friend. [hehehehe can we just laugh at ourselves for those times, our emotions were speaking and we labelled them as the voice of God]

‘Tell Z that what he is about to do should not be done’ said ‘the lord’.

And I told Z, after all, it’s ‘the lord’s’ message. As you would expect, Z asked questions for specificity of such a message, but I was not adding any explanation. I just left it at; ‘That’s what God said, I don’t know what He is talking about’. But it did not yield the results I expected, he still went after the lady.

However, my pain increased. I was not just nursing a broken heart, I felt I had blasphemed against the Holy Spirit by telling Z that the Lord had a message for him, when It was my emotions speaking loud and clear. The truth is, at the time I delivered the message, I was very much convinced that it was God speaking but as each day passed, I knew better.

While I thought I had blasphemed against the Holy Spirit, I could not even pray to God or go to church. I just cried my eyes out as  I kept remembering…..

But whoever blasphemes against the Holy Spirit will never be forgiven; they are guilty of an eternal sin. Mark 3 v 29 [NIV]

I believed I had committed a sin that can never be forgiven. All my life, I always knew that blasphemy against the Holy Spirit was a sin recorded in the bible that cannot be forgiven. And with this thought, the devil ‘had a fair’ in my mind. Thankfully, God met me and has given me a better understanding of what blasphemy against the Holy Spirit is.

If there is anything I have come to understand about the Word of God, it is context. If we are to fully understand a scripture, we are to study the scripture in its full context, not just lift out the words from the context. It is just like taking off all your teeth and expecting the mouth to still function properly, thinking that with your teeth out of your mouth, you can chew your food outside of your mouth and it will still digest in your body. No, it won’t; so is the same as lifting texts from the bible, without studying the whole context. 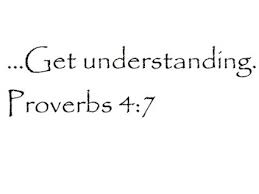 Reading Matthew 12 and Mark 3, we see that Jesus healed a demon-possessed man, and when the Pharisees heard of the miracle, they said..

It is only by Beelzebul, the prince of demons, that this fellow drives out demons. Matthew 12 v 24 [NIV]

And further down, Jesus counteracts what they said by explaining that it made no sense for satan to drive out satan. So what is blasphemy against the Holy Spirit?

This sin occurs when a person willfully degrades the things of God, attributing evil to the works of God or refusing to give God the credit for the works He has done.

In the passage, the Pharisees heard of Christ’s miracle but chose to attribute it to the devil. If there is anything, I have come to understand about the Pharisees as I study my bible, is the fact that the Pharisees know the truth but choose to deliberately live in unbelief, and also work at standing in the way of those that will choose to believe the Gospel. Don’t just believe my word for it. Study your bible and you will see that everywhere Christ performed a miracle or sought to liberate the broken, the Pharisees had a different erroneous take to the workings of Christ.

And the truth is, no one who believes in Christ can be found guilty of this sin..

Anyone who trust in him is acquitted; anyone who refuses to trust him has long since been under the death sentence without knowing it. And why? Because of that person’s failure to believe in the one-of-a-kind Son of God when introduced to him. John 3 v 17-18 [MSG]

I told a lie unintentionally, due to lack of knowledge and my emotional state at that point in time. But I had not committed the unpardonable sin that the devil had made me think I did. One thing is certain- an ignorant Christian will always be a pun in the hands of the enemy. This ignorance does not just constitute of not knowing the word, it also includes, having the wrong understanding of the word.

This was an aftermath understanding, and I am always reminded of this word…..

It is never just satisfactory to ‘know’ the word; accurate Godly understanding is very key.

Till next time, this was when I got blasphemy of the Holy Spirit wrong.

Do share with us, any experience you have about wrongly interpreting the word of God. Please send your piece to preciousthoughts2013@gmail.com. I want you to get involved. I don’t want to be the only one giving, I want to take too. LOL.

Can anyone relate with my story? Am I the only one that gets shocked at some of the strange things I have done? Did you ever have a hard time understanding the meaning of blasphemy against the Holy Spirit?

I pray that your week is filled with favor and God ordained open doors. Amen!

P.S I look forward to categorizing my blog posts as soon as I am able to do so, but for now we shall enjoy what we have. Yeah?

PT TIP OF THE DAY

If we confess our sins, he is faithful and just and will forgive us our sins and purify us from all unrighteousness. 1 John 1 v 9 [NIV]

9 thoughts on “WHEN I GOT THIS WRONG: Blasphemy of the Holy Spirit”